You can never be bored driving in the Philippines. There’s always so much to see, and every passing Jeepney has its own distinctive style and colours. 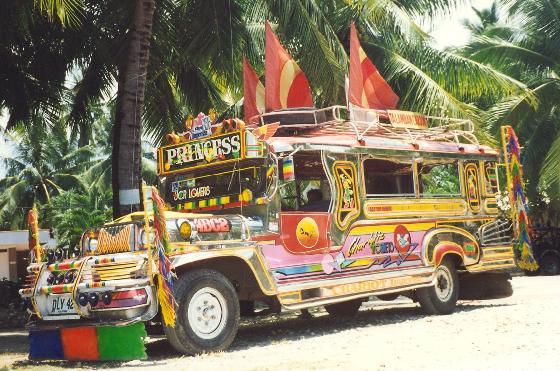 Adapted from the Jeeps introduced by American forces in the closing months of World War 2…, these substantially larger vehicles are built like tanks, so that mere automobiles avoid combat with them at all costs. Each is virtually tailor-made to its proud owner’s specifications and a procession of them provides a concours d’élégance en carnivale. Although the Philippines remains very much part of the third world, you quickly realise it has a readily, cheaply available and extensively distributed public transport system that many so-called developed countries lack. Speaking of which, have you ever heard of a country graduating to the second world?